C stands for a number of veggies like Chamadumpa (arvi), Chilagadadumpa (sweet potato) and so on. C is also for some very traditional dishes like Chalimidi and today's Chimmiri. Chimmiri is a very simple preparation with just 2 main ingredients.

I was talking to my mom about this series and was asking her about what to make for letter 'C'. She mentioned 'Chimmiri undalu'. These are made for Nagula chavithi, I remember eating them, but never made them myself. So my mom gave me the recipe. I wasn't sure if these sesame-jaggery balls where any different from nuvvulundalu or ellai urundai, so googled and found that most of the other sesame balls where made with roasted sesame seeds, but this one is made with raw sesame seeds.

These are also quite healthy with sesame seeds being very good source of  manganese, copper, calcium, magnesium and dietary fiber. Jaggery is rich in iron and has lots of anti-oxidants that can fight cancer. 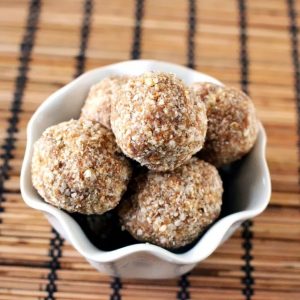 Logo courtesy : Preeti Check out the Blogging Marathon page for the other Blogging Marathoners doing BM# 32. Previously on A-Z Vegetarian Dishes of Andhra Pradesh: A for Aava Pettina Aratikaya Kura B for Bagara Baingan
Tried this recipe?Mention @cooks_hideout or tag #cookshideout!